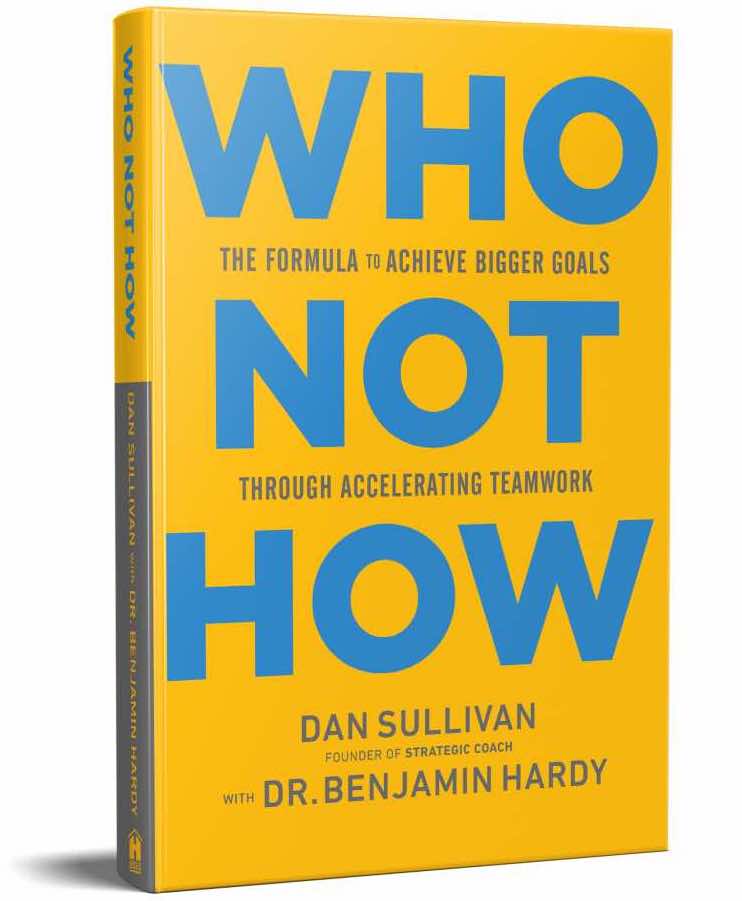 The Entrepreneurial Operating System (EOS) as described in the book Traction consists of six components. The second component, People, focuses on attracting the right people to the team and putting them in the right positions within the organization.

Who Not How by Dan Sullivan and Dr. Benjamin Hardy, is a book that explores one way that people can come together to form effective organizations.

The authors of Who Not How enjoy sports history. For example, they cite Michael Jordan’s early years with the Chicago Bulls. Jordan was one of the strongest players in the NBA throughout his professional career. Most observers agree that in order to win championships, Jordan needed to be teamed with Scottie Pippen, Dennis Rodman, Phil Jackson, and Tim Grover.

Pippen, Rodman, Jackson, and Grover were the Whos who enabled Jordan to blossom into a brilliant player.

Note that the last two, Jackson and Grover, never joined Jordan on the court. Jackson was the coach who knew how to pull the team together and design plays that leveraged the strengths of every player. Grover was the high-performance trainer hired by Jordan for a 30-day regimen. Grover performed so well that Jordan extended the engagement for the next fifteen years.

Yes, it is important for us to hone our individual skills. To know How to execute. And by leveraging the Whos around us, we can achieve more.

How many of us try to perform (the How) like Michael Jordan without the team (the Whos)?

In the above sports example, Jordan wanted to win championships. Same for Rodman and Pippen. Jackson is driven by the opportunity to build teams. Grover, as described in his book Relentless, is fulfilled by the chance to improve the performance of the greatest athletes on the planet.

Goals were aligned for every person in the Bulls example. That’s how championships are won.

Be a Who for Others

Further, in the Bulls example: Each member of the team was a Who for the other members of the team. One effective way to find a Who is to be a Who for others with goals compatible to ours.

If you want to build a ship, don’t drum up the people to gather wood, divide the work, and give orders. Instead, teach them to yearn for the vast and endless sea.

A well-trained individual can accomplish much. At the same time, a team of individuals, working in concert as a team, can achieve more.