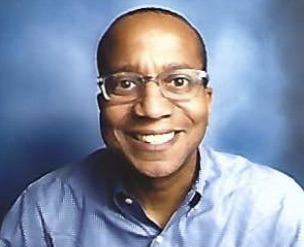 Hightower is the creator of several business and technology media outlets, including BizDayGlobal and WindyCityRails. He served as lead organizer of ChicagoRuby from 2007 to 2017. He is a perpetual student, currently exploring parallelism, quantum computing, and IoT. Hightower is invited to speak at biz/tech conferences around the world, and he blogs on technology and business growth right here at RayHightower.com.

Hightower launched WisdomGroup as a network consultancy in 1994. He earned the Microsoft Certified Systems Engineer (MCSE) certification and pulled the company into the Microsoft Certified Solution Provider (MCSP) ecosystem. Later, as the open source movement gained momentum, Hightower steered the company away from networking and toward software development with open source tools such as Ruby on Rails.

After the pivot to software development, WisdomGroup completed web and mobile projects in multiple industries: healthcare, financial services, high performance computing, e-commerce, travel, event management, and not-for-profit. Each successful project led to larger opportunities and a stronger reputation for the team, culminating in the sale of the company in 2016.

Hightower is a scuba diver, marathon runner, martial artist, skier, Eagle Scout, Assistant Scoutmaster, and world traveler. He has visited every state in the USA and most continents on planet Earth. Fastest way to reach him? The contact page.