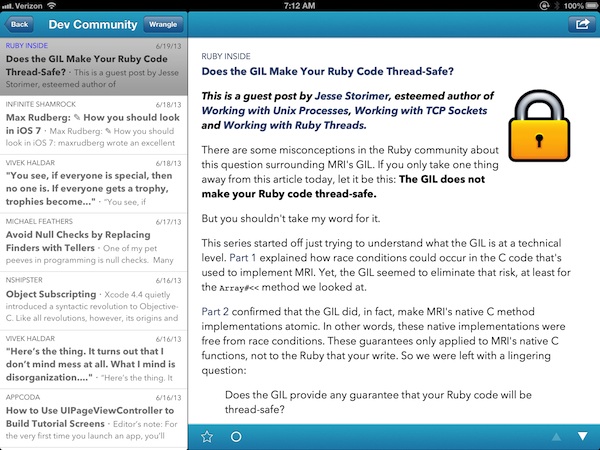 Google Reader, the RSS product, shuts down on July 1st. I consume most news via RSS, and the ability to sync multiple RSS clients between iPhone, iPad, and desktop with Google Reader in the background saved time while keeping me informed. Finding a replacement is critical.

After using the service for a few hours, I can already see some things that I like. Specifically:

Like most users, I want the developer to add “just one or two more features” to make the app perfect for me. Of course that’s the slippery slope to bloatware since every user has a different set of one-or-two features.

The developer can avoid bloatware by ignoring all other users and focusing on my feature requests:

I plan to try other RSS readers before Google Reader shuts down on July 1st. Feed Wrangler is making a good impression so far.