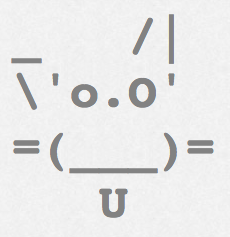 Ack is an open source command line tool that lets developers search large trees of source code very quickly. If you are looking for a method definition in a haystack of files, Ack will find that needle for you. Many devs regard Ack as a replacement for grep.

The Elmhurst ChicagoRuby meetings are always a source of unexpected learning. Today ChicagoRuby welcomed Andy Lester, creator of Ack. Andy released Ack 2.0 two days ago. He shared some of the latest features in an impromptu demo.

Have you ever been working on a project, only to be interrupted when you need to look for something? It could be a method name, a variable declaration, or a string of text in a comment. A minor distraction costs you the time it takes to search plus the time required to re-focus.

All of us are more productive when we stay in the zone. Ack helps devs to maintain focus and thereby produce better results.

Ack requires the Perl programming language. Perl comes pre-installed on Mac OS X and most Linux distros. If you’re running on a ‘nix platform, you probably have Perl already.

Windows installations are beyond the scope of this article. If you’re running Windows, you might consider a Linux VM for Ruby and Rails-related work.

Installing Ack is so easy that it almost feels wrong: Grab Ack in a single Perl file and drop it in your ~/bin/ directory. That’s it.

Ack can also be installed via Homebrew, but I prefer the drop it in ~/bin installation since everything is contained in one file. Here’s a more detailed version of the steps:

At this point you should be running Ack v2.0 or later. To verify:

Using Ack at the Command Line

For a sample project, let’s use demo_app from Michael Hartl’s Ruby on Rails Tutorial. Imagine that you want to find every file in the project that references user_id. How would you do that? 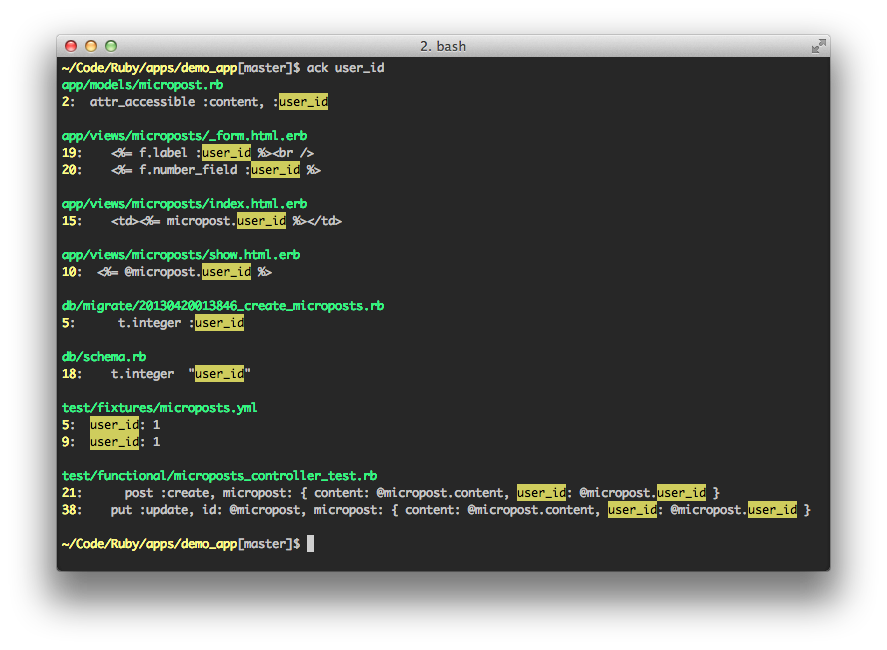 Fast, clear, and highlighted in color. Bonus: If you’re a Vim user, try ack.vim if you want to run Ack without leaving your editor.

Ack helps devs to find things quicker without leaving the zone. Try it!

« PREV · New RVM Behavior With .ruby-version and .ruby-gemset The Man Who Sold Hot Dogs · NEXT »