There are some cases where time zone information is absolutely critical. For example: When scheduling a video conference that crosses national boundaries.

A few hours ago, Google sent me a reminder about today’s LinuxBarbados meeting. The group meets via video conferencing software over the web. Google’s reminder was confusing because it showed the time without the time zone (screenshot below). LinuxBarbados is based in the Caribbean, and members participate from multiple time zones around the world. 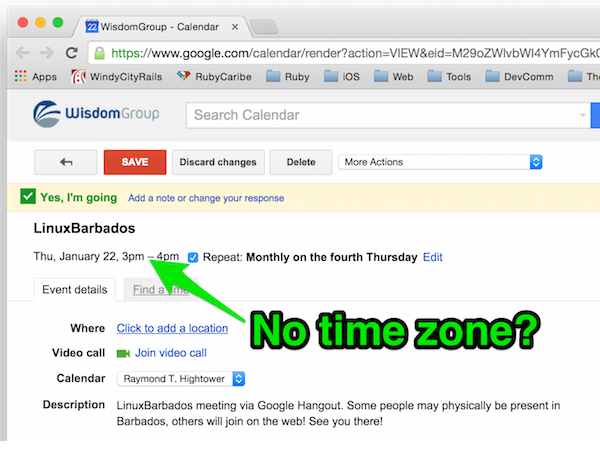 When people speak with each other directly, context is implied. But when communication happens in printed form, it’s helpful to have the context in print, too. For example:

Context changes everything. Something all of us need to remember.

« PREV · Chicago Node.js WindyCityRails and You · NEXT »