How to Build a Successful IoT Company

Find a need and fulfill it. Successful businesses are founded on the needs of people.

The Internet of Things is surrounded by hype. But a few companies are navigating beyond the hype into a river of profit. IoT Chicago recently invited John Hennessy, founder of Sell the Prize, to share the IoT success story of Locus Traxx. 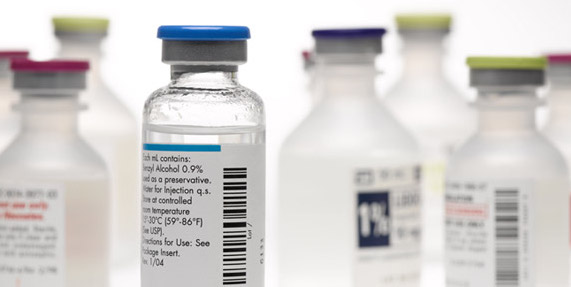 For example, if delicate medications are transported in a hot shipping container, the goods could spoil and lives could be put in danger. Locus Traxx makes sensors that monitor temperature and other environmental factors during transport to ensure that sensitive shipments arrive intact. The sensors send data to a cloud app in real time, while the data is collected, so shipping managers can monitor product health during transport.

Other products from Locus Traxx are useful for preventing theft. Door sensors, combined with GPS, tell shipment owners exactly when and where doors are opened during transport. If you are shipping a truck-load of expensive flat panel TVs, you want your goods to arrive at your customer’s loading dock, not at an impromptu sidewalk sale.

One interesting point about Locus Traxx and IoT: The company didn’t find its IoT niche right away.

What Do Customers Want?

Locus Traxx launched in 2007 with two guys, one truck, and a bunch of ideas about GPS tracking. Company leaders originally planned to sell GPS devices to trucking companies to help with lost shipments. Attach a device with GPS, cellular, and satellite radio to a shipping container, and you can track it through all the major ports of the world from a laptop. Cool technology, right?

Yes, the technology was cool. But there was a problem. Every company they approached had the same response: “We don’t lose shipments.” Maybe they didn’t know that they were losing shipments. Or maybe they were too embarrassed to admit the losses. Either way, the seller can only sell if the customer admits the problem.

While company leaders brainstormed potential solutions, Hennessy attended a meeting for food industry execs. At one point during the meeting, one of the participants expressed deep concerns about food quality and shipments. “If you think you haven’t made people sick, you’re wrong. You just haven’t made them sick enough to shut down your business”, he said to his colleagues.

Food safety during transport is difficult and necessary and you have to get it right. The industry needed help. That’s when Locus Traxx decided to pivot.

Hennessy was a senior exec with Locus Traxx at the time. He began the company’s pivot with a simple message, sent via email to decision makers in the food industry.

I can make sure your shipments arrive fresh, safe, and on time. But I can only do that if you call me at [phone number].

Food safety was the pivot point.

Today Locus Traxx has grown to 100+ employees with operations around the planet. Their path to IoT success was not guaranteed. They started with cool IoT technology. But the technology was not enough. Revenue only started to flow after they found the customer’s pain point, food safety, and addressed it.

Locus Traxx is successfully navigating the river of IoT.

Cool IoT technology is wonderful. But revenue comes when we address the customer’s pain points.

If you’re interested in real-world IoT success, check out:

IoT started off as a collection of toys. But now there are serious companies making money from this trend. Your company could be next.