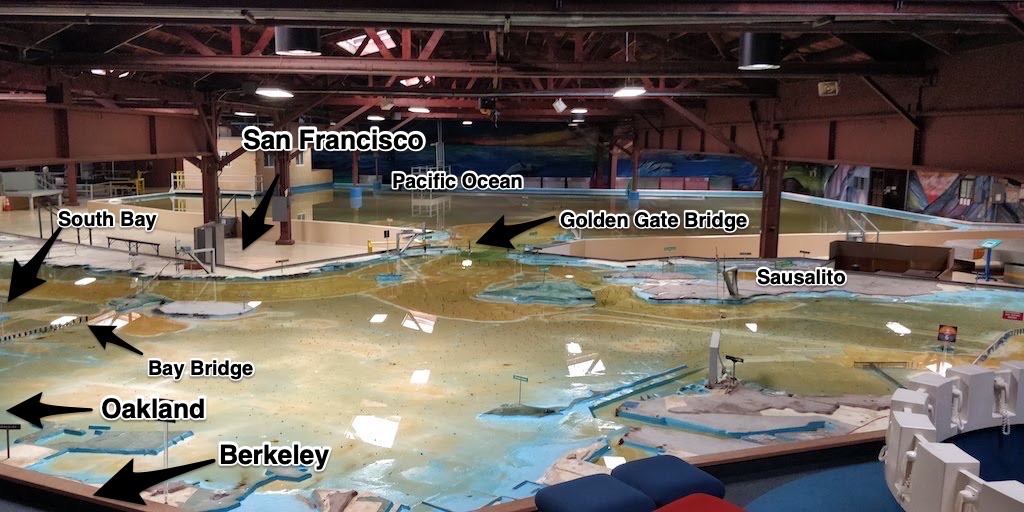 Make no little plans; they have no magic to stir [the] blood and probably themselves will not be realized. Make big plans; aim high in hope and work, remembering that a noble, logical diagram once recorded will never die, but long after we are gone be a living thing, asserting itself with ever-growing insistency.

Burnham is known as a pioneer of the Chicago school of architecture. The Great Chicago Fire of 1871 leveled most of the city, giving architects a clean slate to create new buildings of concrete and steel. People called the new buildings skyscrapers. Although Burnham’s quote may have applied to Chicago, his words fit any plan that requires significant human effort.

Example: The San Francisco Bay-Delta Model shown in the photo at the top of this post. The model fills an entire 1.5-acre warehouse in Sausalito. It’s a 3-dimensional concrete + water representation of Bay Area water dynamics. Walking the model, you feel like a giant hovering over the entire Bay.

The book Zero to One was my first introduction to the Bay Area Model. In the early 1950s, local planners were concerned about their ability to provide water for the growing population. A self-trained engineer named John Reber proposed a solution for the water problem, including a pair of dams for the area. Reber promoted his plan so effectively that the US Army Corps of Engineers built the Bay Area model to test it. Reber’s plan was tested on the physical model, and it was proven to be infeasible.

Was Reber’s plan a failure? Maybe on a surface level. But the model had already been built, so other plans were tested. Some of those ideas worked, and they were put into place. Reber’s audacious plan caused the building of a physical model where scientists and engineers could test dams, dredging, and emergency responses to oil spills before spending money on huge civil engineering projects. Reber’s vision planted the seeds of success for future projects.

By the 1990s, computer simulations grew powerful enough to replace the physical model. Today’s scientists run software simulations on supercomputers packed with GPUs. The physical model serves as a tourist attraction and a source of inspiration for big thinkers. Public tours are available as of this writing.

Plans are worthless, but planning is everything.

Plans do not always work out as expected. Building the Bay Area model yielded unexpected benefits, as described above.

Launching Bridgetown Partners has caused me to consider many options for the growth of the company. Part of planning involves gathering data and absorbing inspiration from other ventures whether they were successful or not.