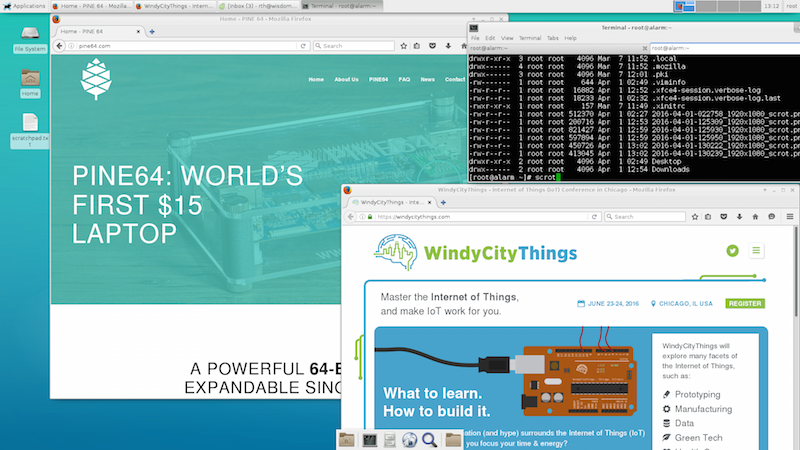 The Pine64 is a single board computer with four 64-bit cores. The device runs Linux, and prices start at US$15.00. The company raised $1.7 million in their Jan 2016 Kickstarter campaign.

This post tells how to get a brand new Pine64 up and running using Mac OS X for image download and creation. Gotchas are included. Finally, we will compare the Pine64 with another multi-core single board computer, Parallella.

Problem: I chose to install Arch Linux Image with XFCE4 Base on Longsleep Image 20160304-1 because I have limited experience with Arch, and this was a chance to try something new. Later I learned that this distro contains a DMA data transfer bug that affects the 2GB PineA64. That’s my Pine! I will post an update after the bug has been resolved.

Recommendation: Looks like there are two ways to avoid the DMA bug: 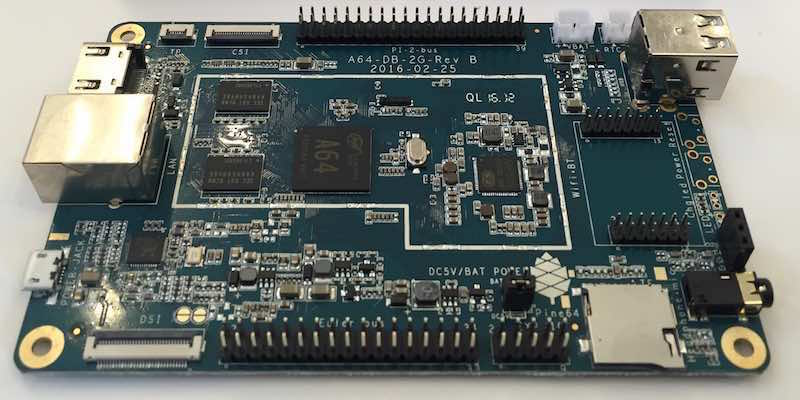 Several Linux disk images are available for the Pine64. This list will probably grow over time.

The image will be archived in .rar format. RAR is used because it has a higher compression ratio than .zip, and .rar files can store full file permissions while compressed.

Apple’s Mac OS X does not include a utility for de-compressing .rar files. So you will need to grab one. I chose unrar via Homebrew. Here’s how.

Homebrew is an ideal way to install Unix utilities on Mac OS X. Once you have Homebrew on your Mac, install unrar like so:

The message All OK is our green light!

Use unrar to extract the image.

You’ll need a micro-SD card for the Pine64 operating system. Here are the steps needed to prepare the micro-SD from the command line.

First, grab the disk designation of the SD card.

Next, unmount the SD card.

Finally, write the extracted Linux image to the SD card.

The dd command takes a long time to run, over 29 minutes on my machine. Here’s a quick run-through of the command options:

The dd command does not give any outward sign that it is making progress. That can be a little uncomfortable because it takes a long time for the command to run. Here are two ways to check progress:

Once dd is Complete

When dd is done, it outputs the following:

From here, you can eject the SD card from your Mac and insert it the micro-SD card reader on the Pine64. Apply power to the Pine64 and… it boots!

As of this writing, Midori and Firefox are not stable on my Pine64. Earlier this morning I learned about a DMA-to-Gigabit-Ethernet bug that might be the root cause of the browser stability issue. I’ll post updates as I learn more.

It is natural to compare Pine64 with Parallella. Both are multi-core, single board computers running Linux. After owning the Pine64 for just a few days, here are my first impressions:

The choice between Pine64 and Parallella depends on your design goals. For desktop usage, I would choose Pine64. For an embedded system that needs parallelism and perhaps an FPGA, I would go with Parallella.

Overall, I like the Pine64. I expect the browser (or DMA?) bug in the Arch Linux image to be resolved soon. It’s good to have a new quad-core 64-bit platform where parallelism can be explored. 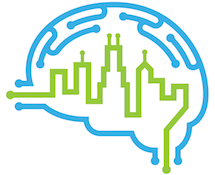